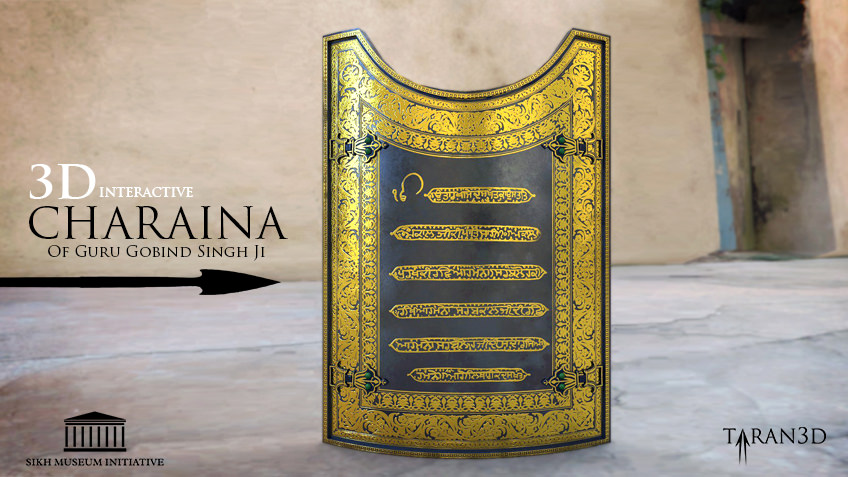 The first phase of this project was unveiled at the Third Dasam Granth Seminar in California, USA on 9th April 2016. It featured an interactive digital recreation of one of the 4 armour plates, which features Gurbani from the Akaal Ustat, written by Guru Gobind Singh ji.

[pullquote type=”3″]
“The ability to recreate and share these artefacts in digital form and make them available via modern technology will give future generations of Sikhs access to pieces of history which are either lost or inaccessible”
Taran Singh, 3D Artist
[/pullquote]

The whole armour was created from scratch in 3D using low quality catalogue photos. The Gurmukhi was painstakingly hand painted digitally and each component of the gold koftgari pattern was created and then pieced together to make up the full pattern.

We believe given access to the actual artefacts, we could create more accurate and better quality digital representations that can be used to preserve and educate future generations.

The second phase will involve completing the other 3 plates of armour and creating a touch screen based exhibit.