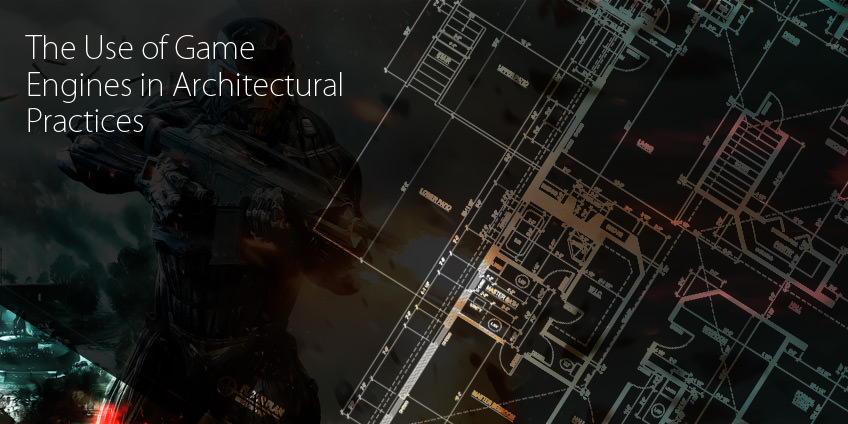 This article is based on my Masters thesis (M.Sc. Computer Aided Design and Construction) which explored the use of game engines within the architectural industry.

“…advancement of the game industry has gone virtually unnoticed by architectural professionals.“ (Herwig and Paar, 2002)

Caution is advised as this study only represents a small portion of the architectural industry within the midlands area of the UK. A more in depth study on a national or global level would be required to determine  if emerging issues represent the international context. A copy of the thesis can be made available on request.

Advancements in information technology have played a profound role in developing game engines. More importantly this type of technology has advanced to such an extent that it now has wider applications which spill over into other sectors of the economy. The application of game engines is no longer confined to gaming but is now being applied to Film, TV and training. The most obvious application of such technology would be within architectural practice but diffusion into the sector has been limited. It appears that the proliferation has been minimum. From the limited empirical evidence in this area, it emerges that further research is required so as to understand this low uptake. The empirical findings reveal that low uptake of the technology is due to lack of awareness, the perception of the technology within management as having no role to play within the industry and finally lack of training provision.