We were contacted by a client from Abu Dhabi who was looking to find a replacement for an old antique wooden carved frame situated in Hazur Sahib, India. As the original frame was severely warped and damaged we decided that the best way forward would be to replace the frame in its entirety whilst maintaining the original features.

Stage one of the process was to 3D scan the original frame, we then recreated the base of the frame that matched the original with the warp corrected. We then reconstructed the beading and linear pattern details using the non-damaged parts of the scan as a reference.

The final stage involved the ornate flower detail work of the frame. We carefully extracted each detail section and projected them back onto the new base. It became apparent that the initial scan failed to extract the sharper details of the carving. I brought back the detail by digitally re-sculpting each section.

Once the Digital Model was approved it was sent to a manufacturer in Italy who then produced the frame from a composite of brass and copper with a gold plated finish. the final Frame weighed in at 140kg and featured 40 semi precious stones of 13mm diameter. It was installed in November 2018. 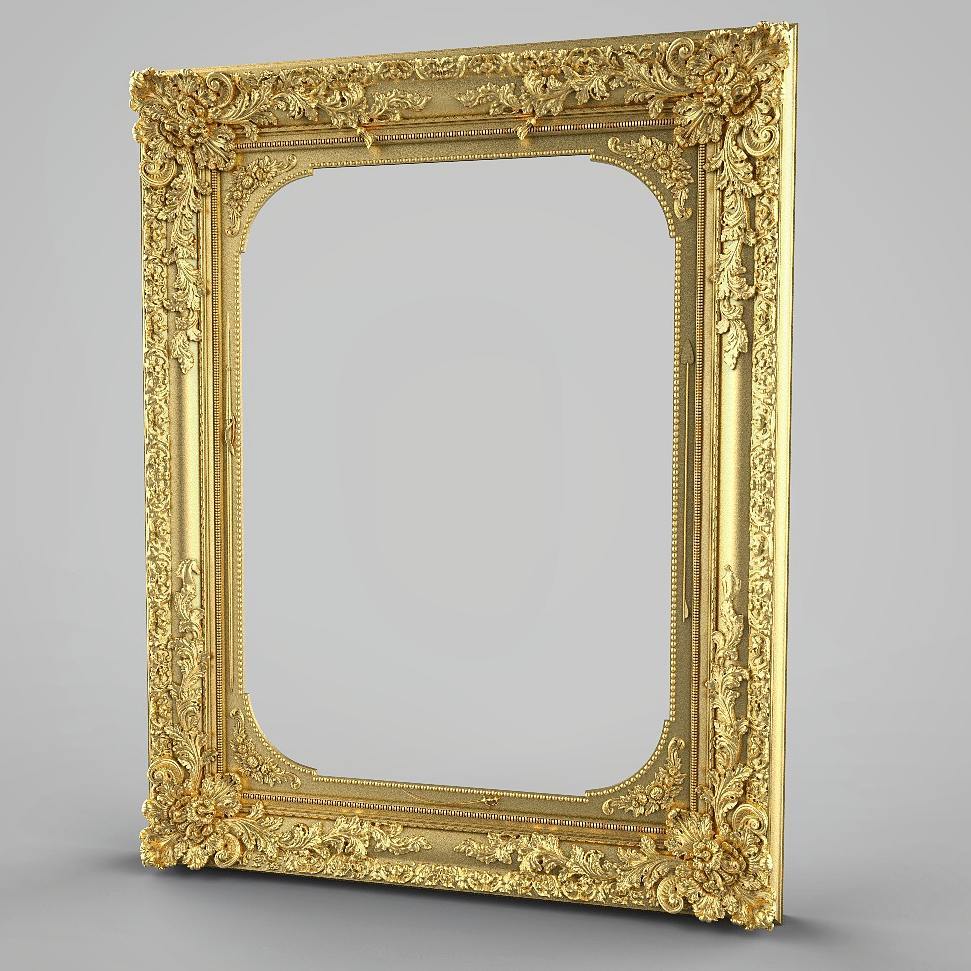 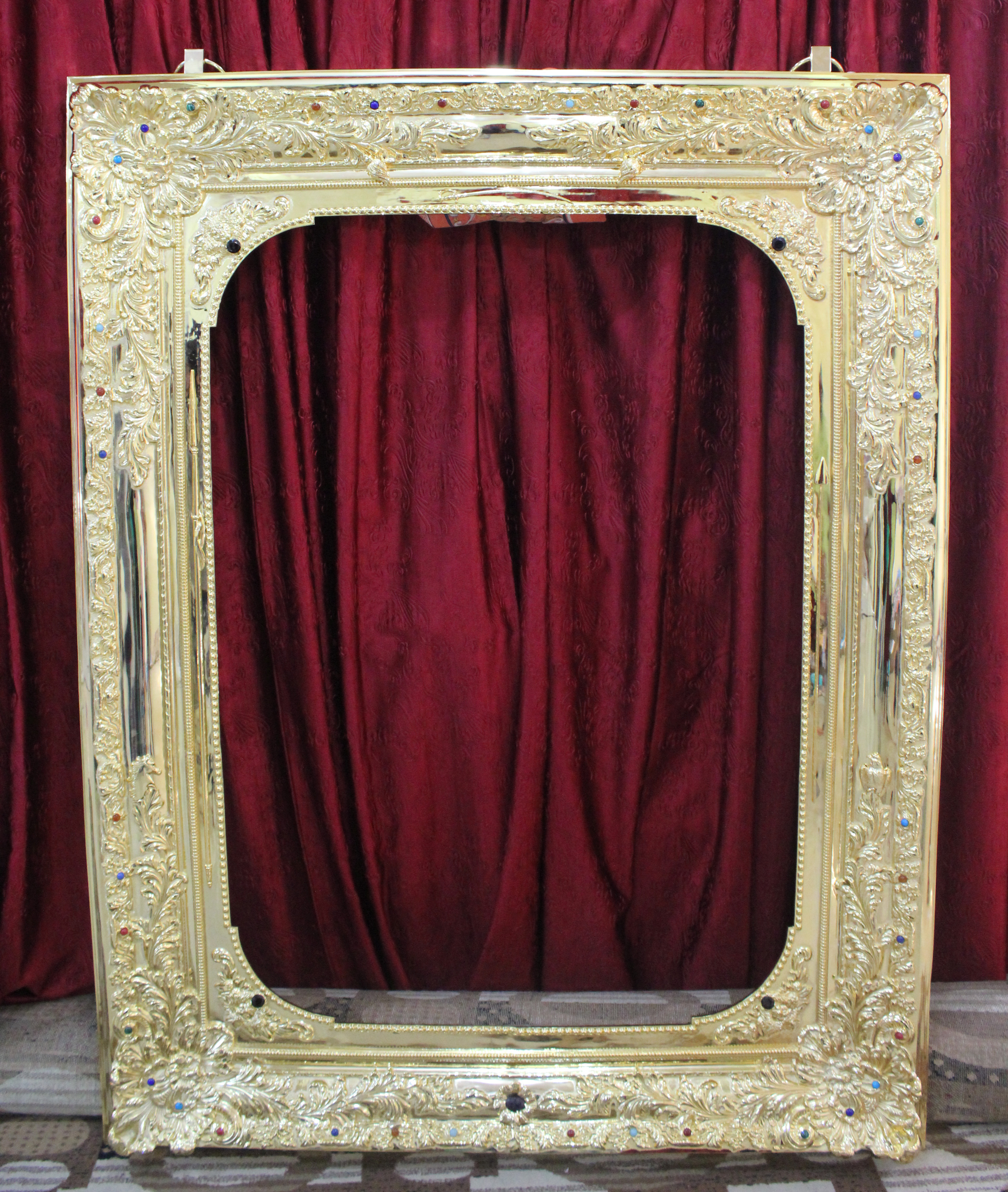 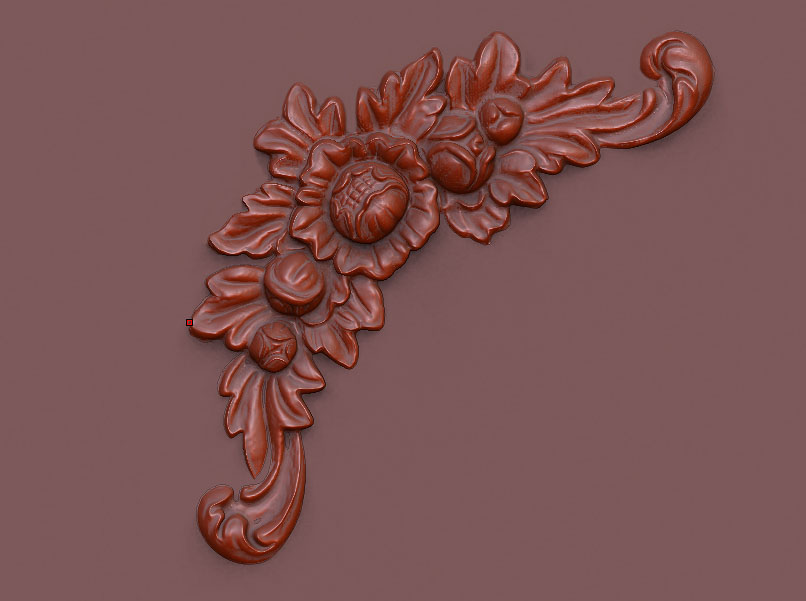 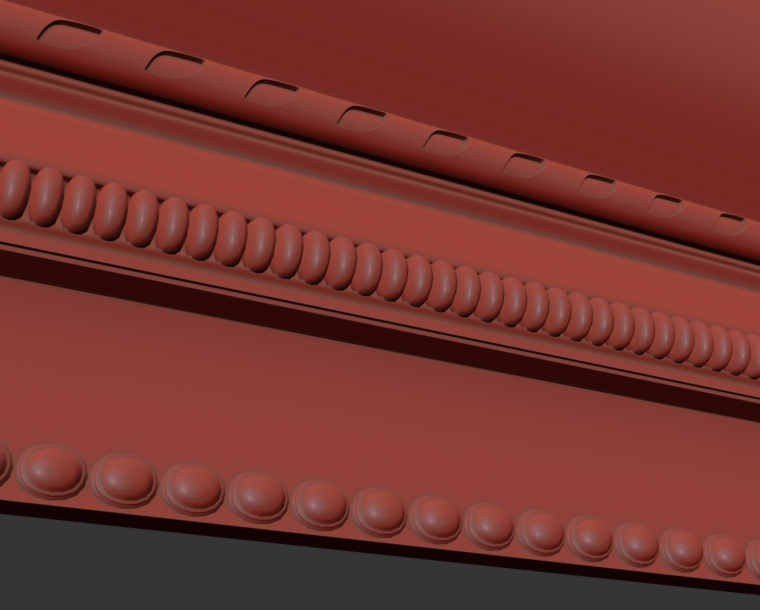 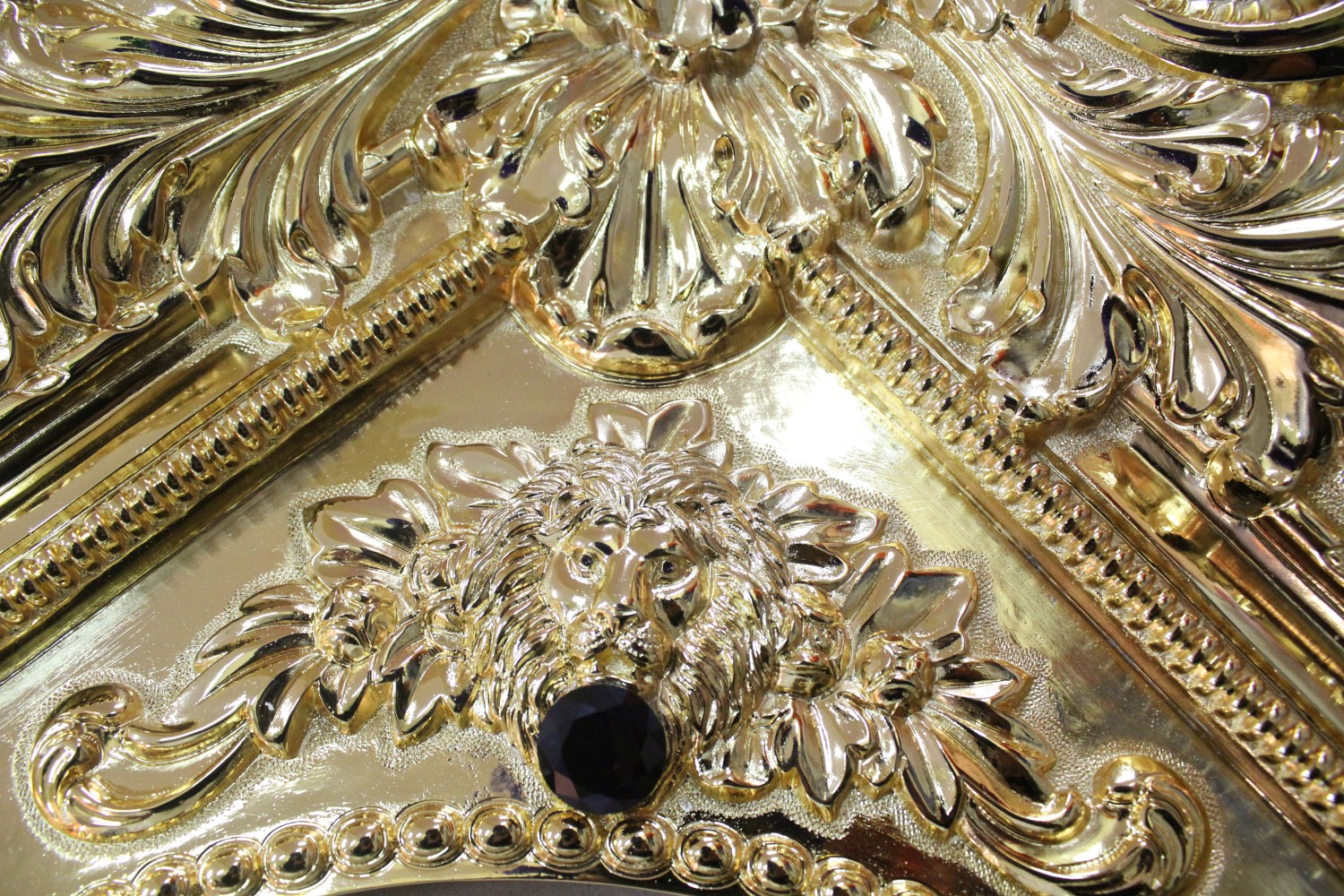 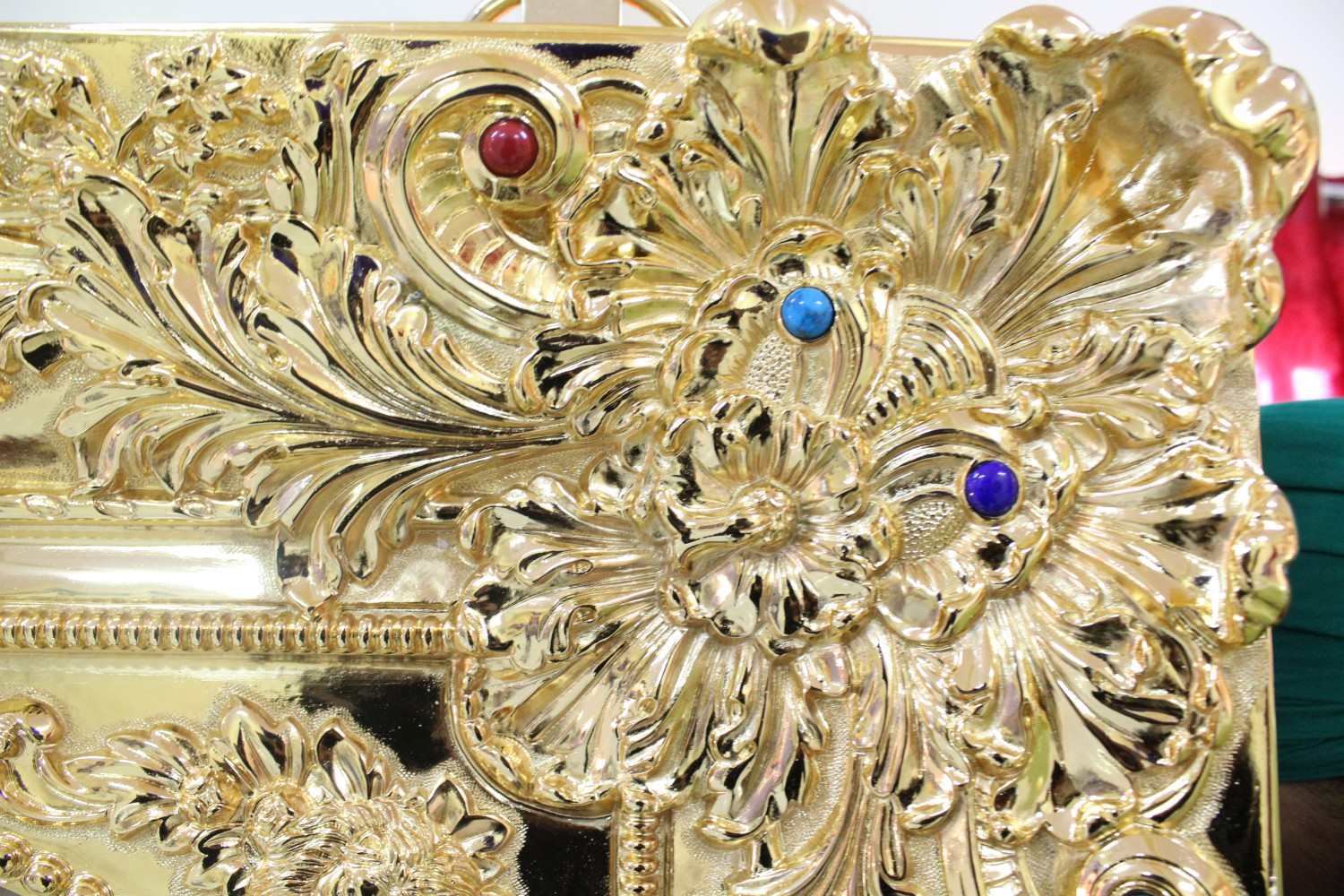 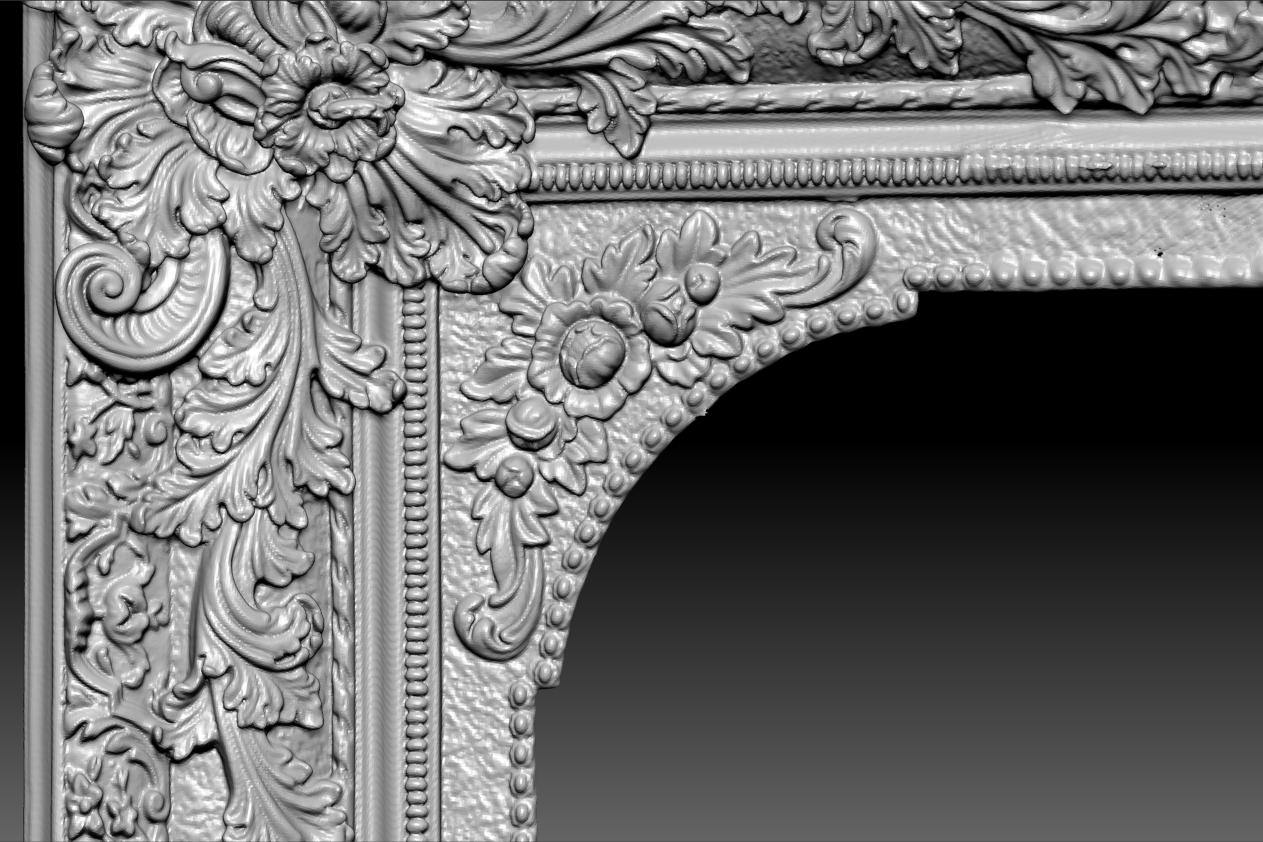