Bringing The Past Back To Life

We were commissioned to create a 3D interactive experience at Thinktank, Birmingham Science Museum for the launch of their Ichthyosaur exhibition as part of the Marine Worlds Gallery.

Ichthyosaurs are extinct large marine predators that lived during the Mesozoic Era and it was our job to digitally bring them back to life for a whole new audience.

We were excited to be approached to work on this project as it was the first time that the UK’s largest example of an Ichthyosaur skeleton would be on display to the public – just 61 years after it was discovered in a farmer’s field in Warwickshire!

We created a 3D model of the Ichthyosaur from a conceptual drawing produced for the exhibition. This model was then rigged to a virtual skeleton and animated to swim through an underwater scene that we created in a real-time engine.

Working within the confines of our client’s hardware we reconfigured the interactive to work as an animated virtual model with clickable fact-finding hotspots and informative screen displays, giving the user an engaging and educational experience. 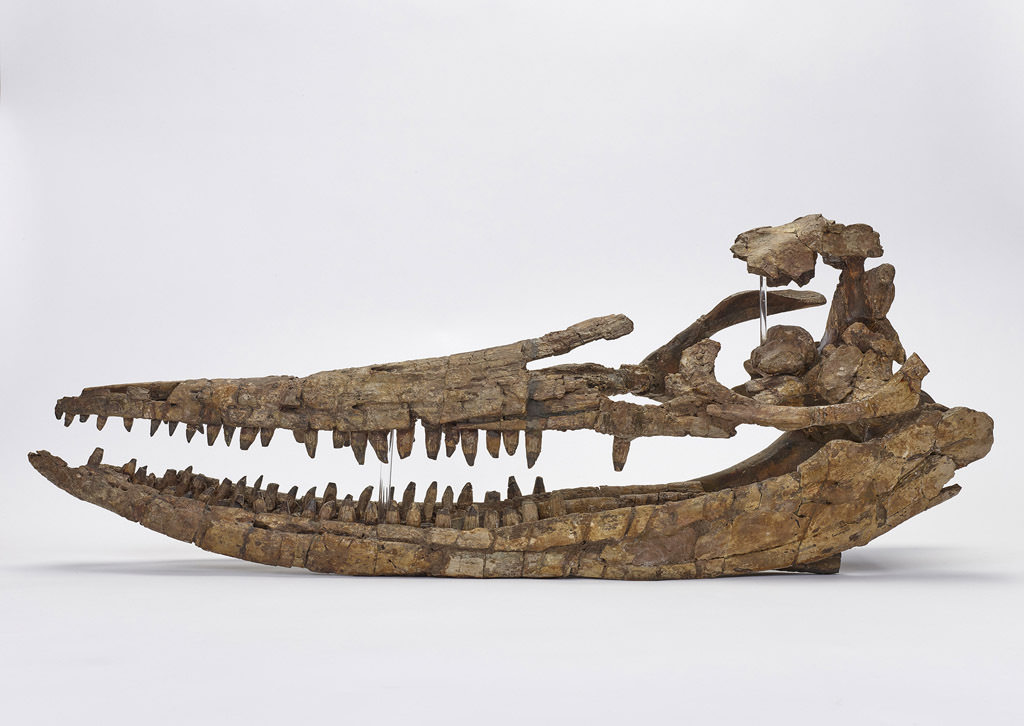 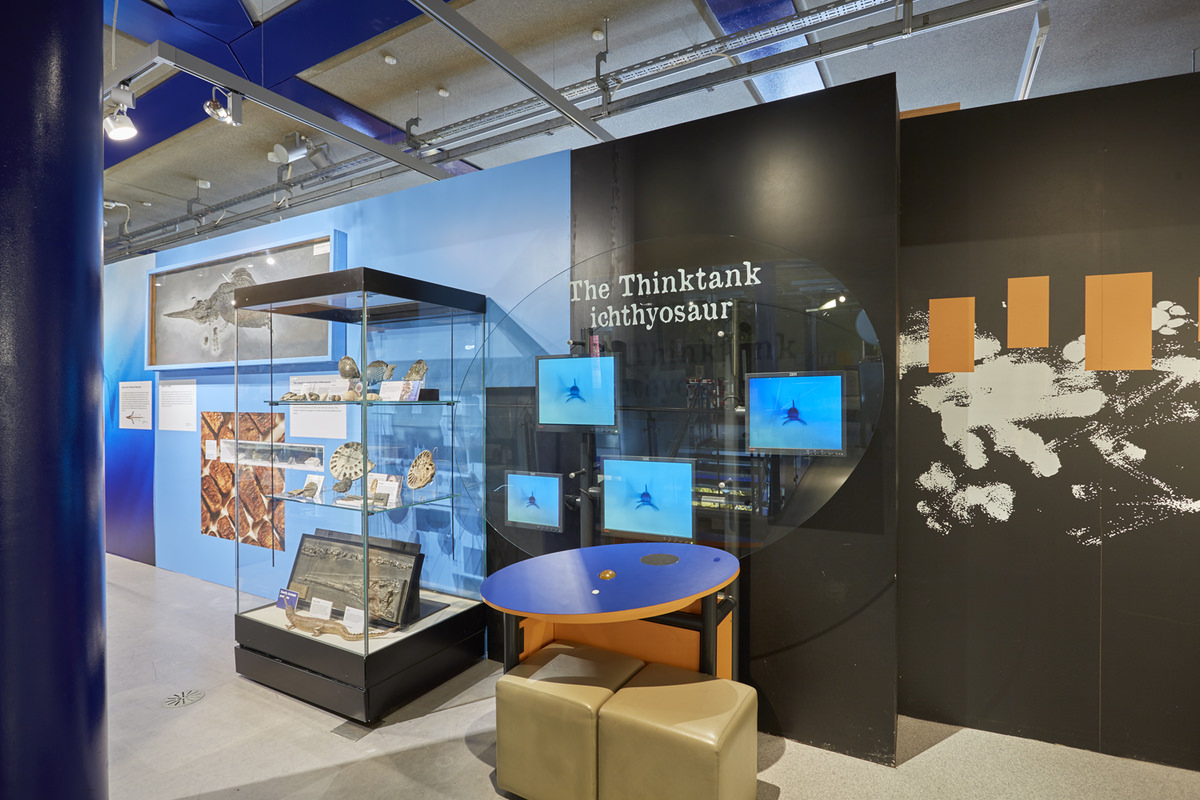 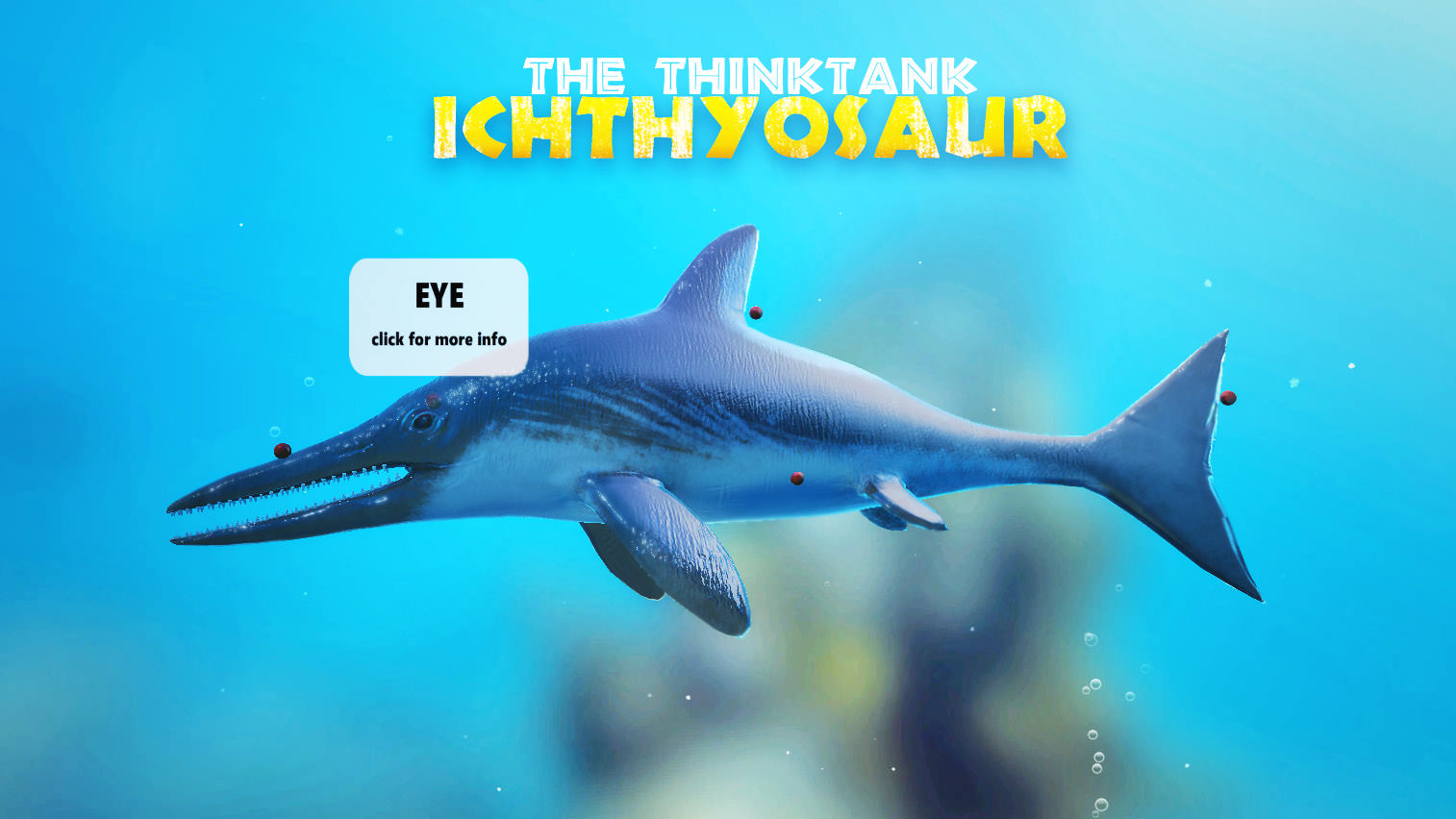 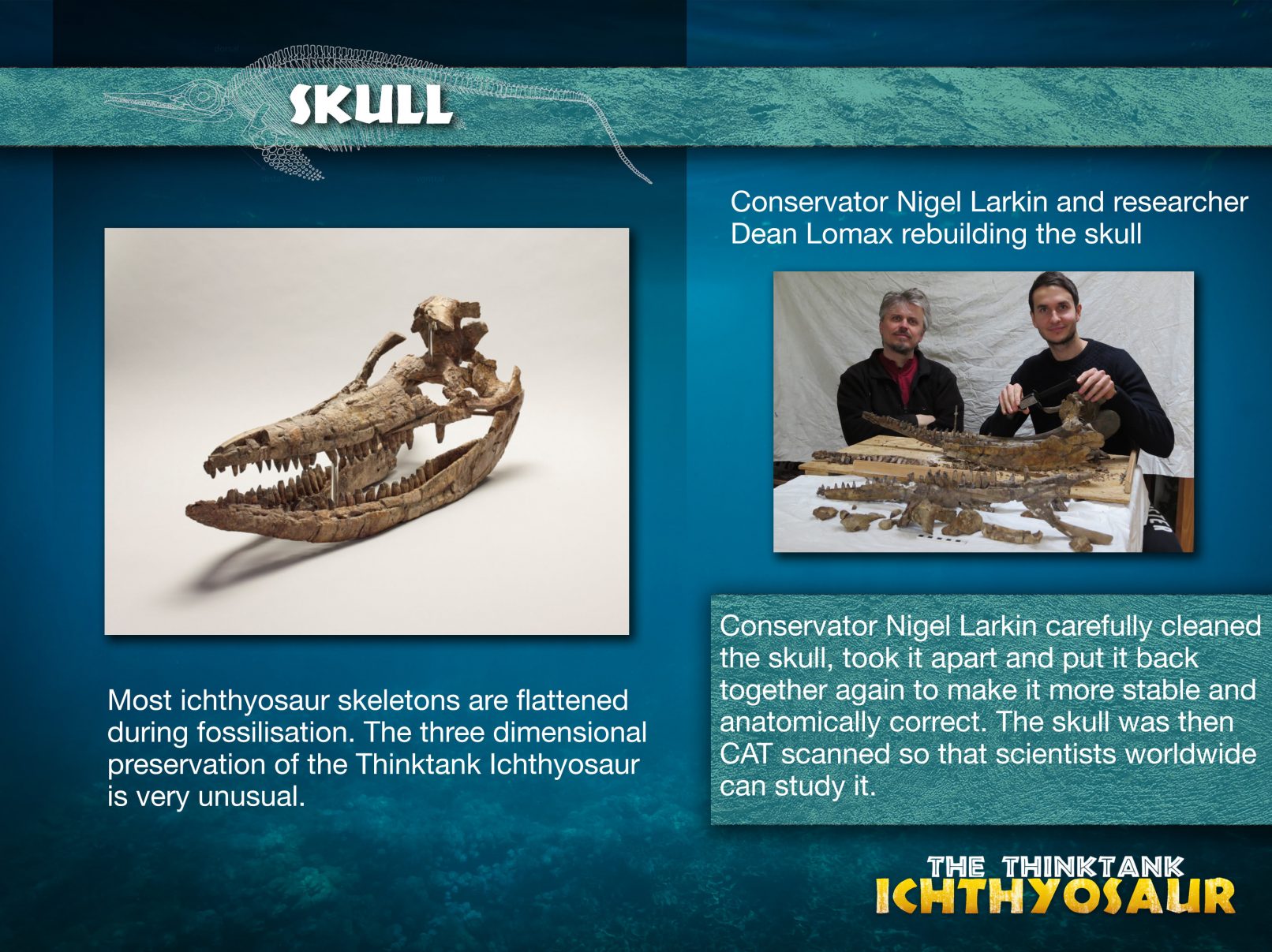 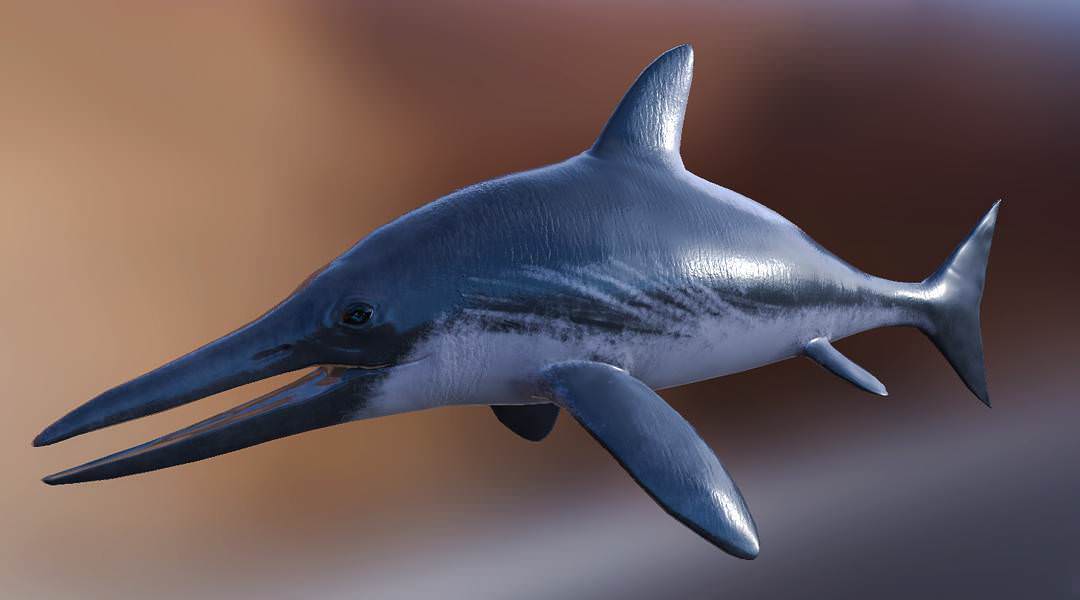 3D model of the ichthyosaur created fro the interactive